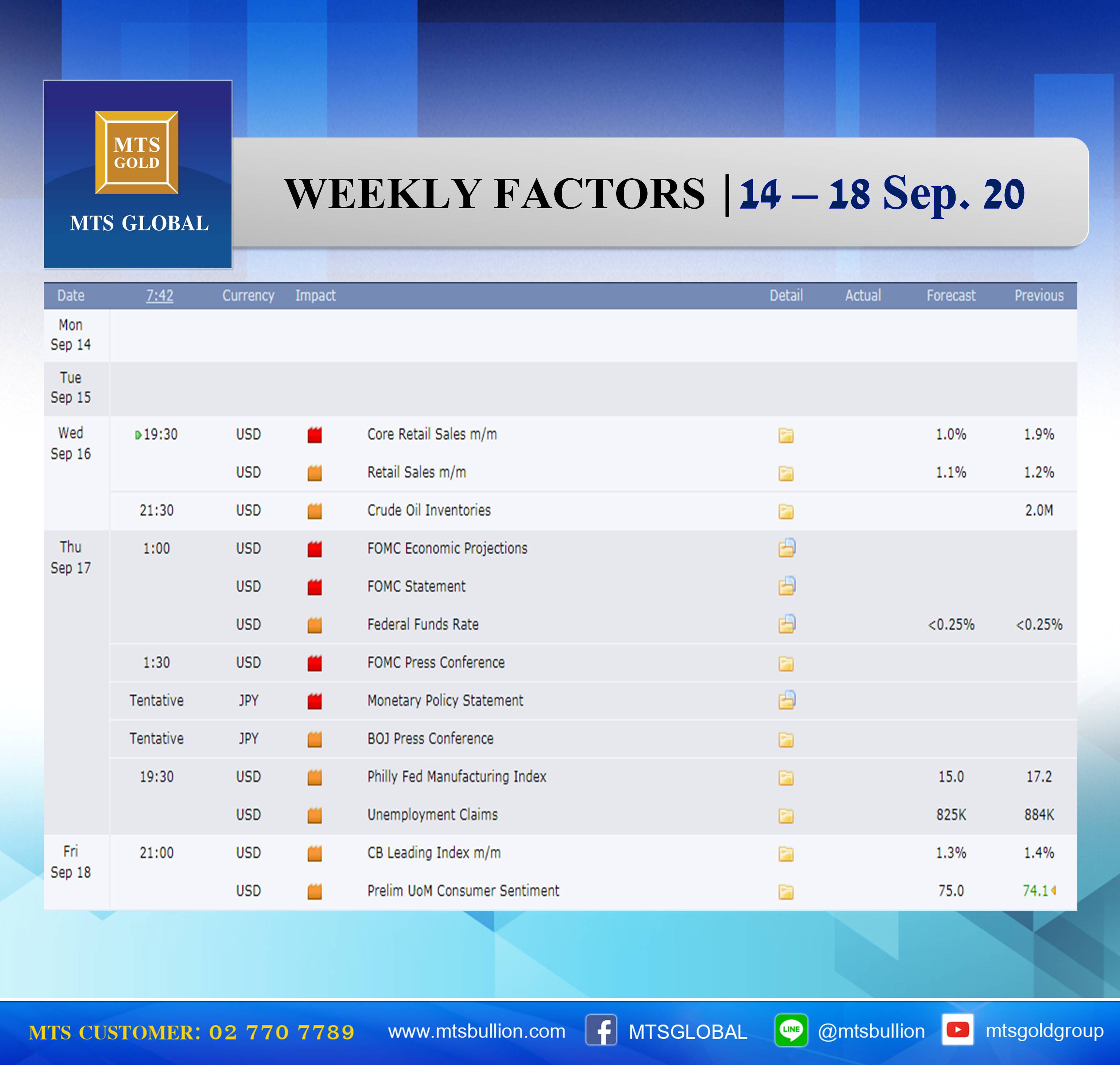 · Gold slipped on Friday on a lack of further stimulus from the European Central Bank and the U.S. government, but for the week the safe-haven metal was set to end higher on concerns over an economic recovery. 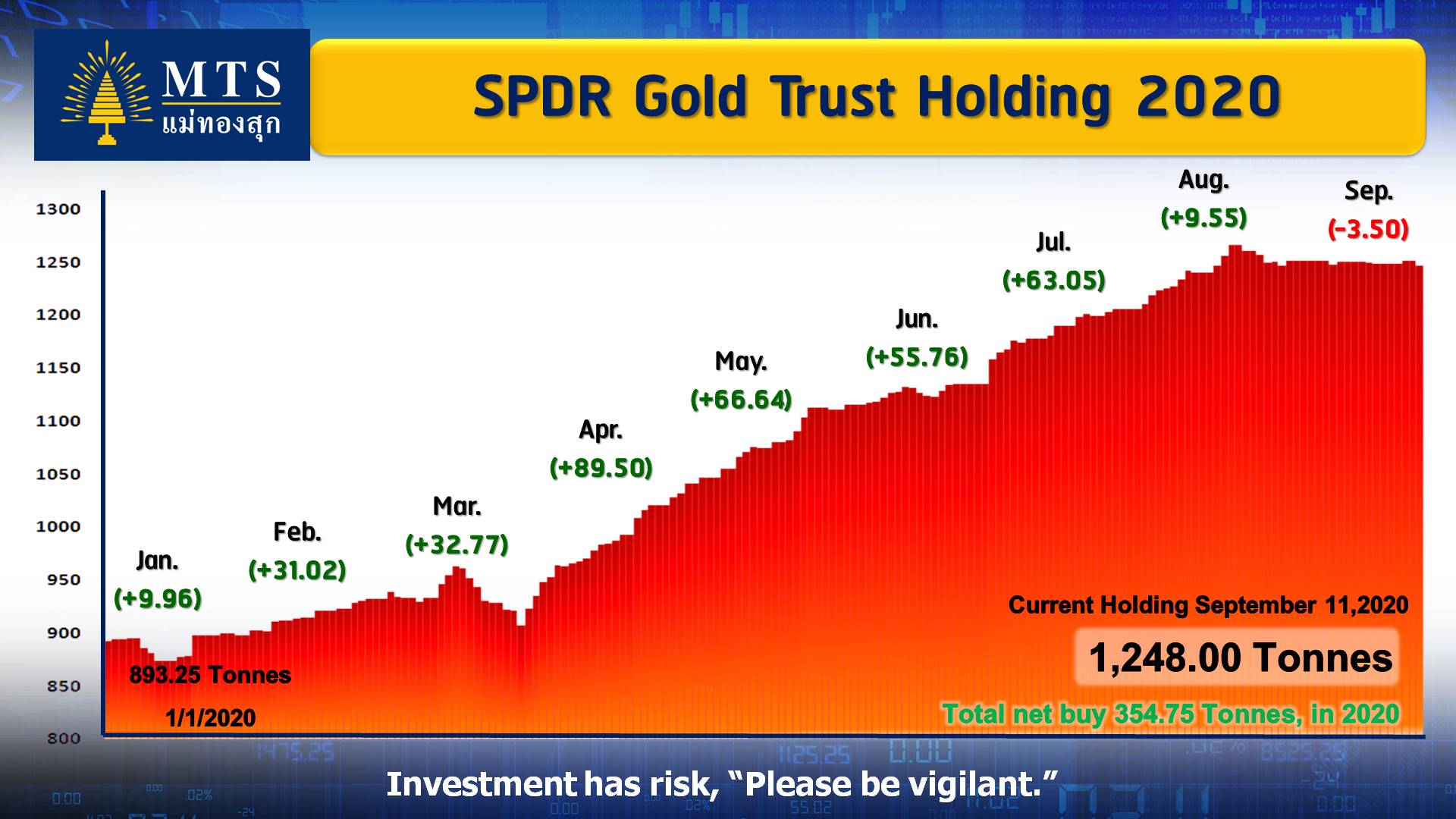 · “There was a bit of disappointment with the ECB, because of expectations that we’re going to see more stimulus,” Edward Moya, senior market analyst at broker OANDA, said.

· ECB President Christine Lagarde on Thursday refrained from signaling that the bank would expand stimulus, while, the U.S. Senate blocked a Republican bill for new coronavirus aid. “We are transitioning into a post-COVID type of environment.

That means we’re not going to be pumping out the same stimulus, that signals to the market that things are going to be a little different going forward,” said Daniel Pavilonis, senior market strategist at RJO Futures.

Gold has risen 28% this year, supported by massive stimulus by global central banks, with the metal perceived as a hedge against inflation and currency debasement.

Pavilonis said gold could touch $2,300 an ounce by year-end on uncertainty surrounding equity markets, the economy and the November U.S. elections.

· “The labor market recovery has completely stalled, the Congress has delivered zero extra dollars since the last Fed meeting, and there’s going to be a lot more pressure for the Fed to maintain an accommodative stance,” Moya said.

· WHO reports record one-day increase in global coronavirus cases, up over 307,000

The World Health Organization reported a record one-day increase in global coronavirus cases on Sunday, with the total rising by 307,930 in 24 hours.

The biggest increases were from India, the United States and Brazil, according to the agency’s website. Deaths rose by 5,537 to a total of 917,417.

India leads the world in new cases reported each day and set a global record last week with 97,570 cases reported in a single day, according to a Reuters tally.

· Pfizer coronavirus vaccine could be given to Americans before end of the year, CEO says

Pfizer’s coronavirus vaccine could be distributed to Americans before the end of the year if found to be safe and effective, CEO Albert Bourla said Sunday.

The drugmaker should have key data from its late-stage trial for the Food and Drug Administration by the end of October, Bourla said during an interview on CBS’ “Face the Nation.” If the FDA approves the vaccine, the company is prepared to distribute “hundreds of thousands of doses,” he said.

Phase three trials for AstraZeneca’s coronavirus vaccine have resumed in the U.K. after they were halted earlier this week over safety concerns, raising hope that one of the leading candidates in the global race to develop an injection which can stem the pandemic is back on track.

AstraZeneca said it received confirmation from the United Kingdom’s Medicines Health Regulatory Authority that it was safe to resume clinical trials. The company declined to disclose medical information about the pause of the trial, but indicated earlier this week that a potentially unexplained illness was under investigation.

The CEO of United Airlines said on Sunday that a recovery for the aviation industry will have to wait until a Covid-19 vaccine is approved and widely available, a milestone he said the company projects the country will reach toward the end of 2021.

“I hope that happens sooner, but our guess is that’s the end of next year,” Scott Kirby said during an interview on CBS’s “Face the Nation.”

“The reality is, without more government support for the whole economy, there are going to be more layoffs to come,” Kirby said.

· A new Covid-19 rescue bill is unlikely to emerge before October, with Republicans and Democrats deadlocked over how much to boost state assistance for the unemployed and funding for municipalities. Last week, an effort by the GOP to pass a so-called “skinny” relief bill failed in the Senate, where the party holds a majority.

The timing of Covid-19 vaccine approval and distribution remains uncertain, dependent on the results of clinical trials. U.S. regulators have yet to approve any vaccine as safe and effective, though there are a number of candidates at late stages in the process.

· Experts said vaccine will be approved by the end of year.

Experts, including Fauci, have said it would be possible for a vaccine to be approved by the end of the year, and possibly even November, but have cautioned that it will take longer for the country to return to normal.

In an interview on MSNBC on Friday, Fauci said that returning to normal could take “well into 2021, maybe even towards the end of 2021.” 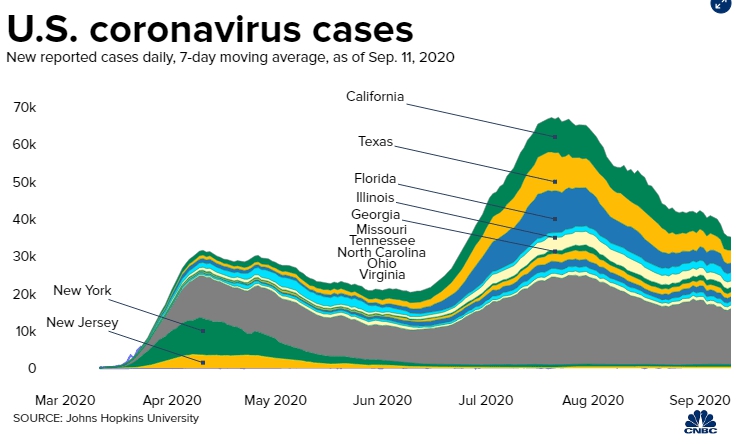 The current data on the U.S. Covid-19 outbreak is “disturbing,” White House coronavirus advisor Dr. Anthony Fauci said Friday as he disputed President Donald Trump’s claim that the U.S. is “rounding the corner.”

Trump said Thursday evening at a White House news briefing that “I really do believe we’re rounding the corner,” adding that new weekly cases have declined by 44% since July. MSNBC’s Andrea Mitchell asked Fauci, director of the National Institute of Allergy and Infectious Diseases, on Friday about the president’s comments.

“I’m sorry, but I have to disagree with that because if you look at the thing that you just mentioned, the statistics, Andrea, they’re disturbing,” he said. “We’re plateauing at around 40,000 cases a day and the deaths are around 1,000.”

President Donald Trump signed a new executive order on Sunday aimed at lowering drug prices in the United States by linking them to those of other nations and expanding the scope of a July action.

The Mental Health Department has released a report indicating 2,551 people had killed themselves from January to the end of July, 2020. That is up a palpable 22% compared to the same first 6 months of last year…459 more cases were reported than the same time last year.

China has announced new restrictions on the activities of U.S. diplomats working in mainland China and Hong Kong, in what it called a justified response to similar measures imposed on Chinese diplomats in the U.S. last year.

In a statement posted online late Friday, a foreign ministry spokesperson said the rules would apply to senior diplomats and all other personnel at the American Embassy in Beijing and consulates throughout China.

The British government has opted to press on with a controversial bill that could ultimately undermine a Brexit divorce deal it signed last year, despite an ultimatum and the threat of legal action from the EU.

The stakes are getting higher between both sides after the U.K. government published plans that, if legislated, could alter legally-binding Brexit agreements with Brussels.

The U.K.’s Internal Market Bill would grant the British government powers to not consult the EU in state aid cases involving the trade of goods between Northern Ireland and the rest of the EU. The U.K. had agreed to do the opposite when signing its divorce deal with the EU in January. The bill would also potentially change requirements that Northern Irish firms complete export summary declarations when shipping goods to the mainland.

The European Union has made it clear there is no guarantee it will add Britain to its list of approved third countries for food imports, London’s top Brexit negotiator David Frost said on Sunday.

Earlier, Frost’s EU counterpart Michel Barnier said the bloc had not refused to add the UK to its list. British Prime Minister Boris Johnson has said any refusal would amount to a “blockade” of food trade between Britain and Northern Ireland.

Investment bank Morgan Stanley has ramped up the risk of Britain and the European Union flopping onto World Trade Organization terms to 40% from 25%, after the UK signalled a willingness this week to walk away from Brexit talks.

Negotiations have been thrust into chaos by UK Prime Minister Boris Johnson’s threat to tear up part of the divorce treaty he signed only last year.

The chance of WTO crash out could be even higher if the UK government saw a significant chance of a close trade deal with the United States -- something seen as more likely if Donald Trump wins a second term as U.S. President in November.

Morgan Stanley has previously modelled that in a WTO outcome, the share of UK exports to the EU facing tariffs – at an average 4% – would rise from zero to around 60%, with other non-tariff related frictions such as quotas or embargoes also having a damaging impact.

In the context of a near 20% slump in the British economy due to the pandemic, the hit from a WTO Brexit would look modest at between 1.1% and 2% of GDP over the four-quarter period following the UK’s exit.

Europe and Britain’s car industries called on Monday on the two sides to urgently clinch a free trade agreement, warning that a disorderly Brexit would cost the sector 110 billion euros ($130 billion) in lost trade over the next five years.

Japan’s manufacturers remained pessimistic for the 14th straight month in September, and though the gloom eased somewhat the broad results of the Reuters Tankan survey pointed to a painfully slow recovery for the coronavirus-stricken economy.