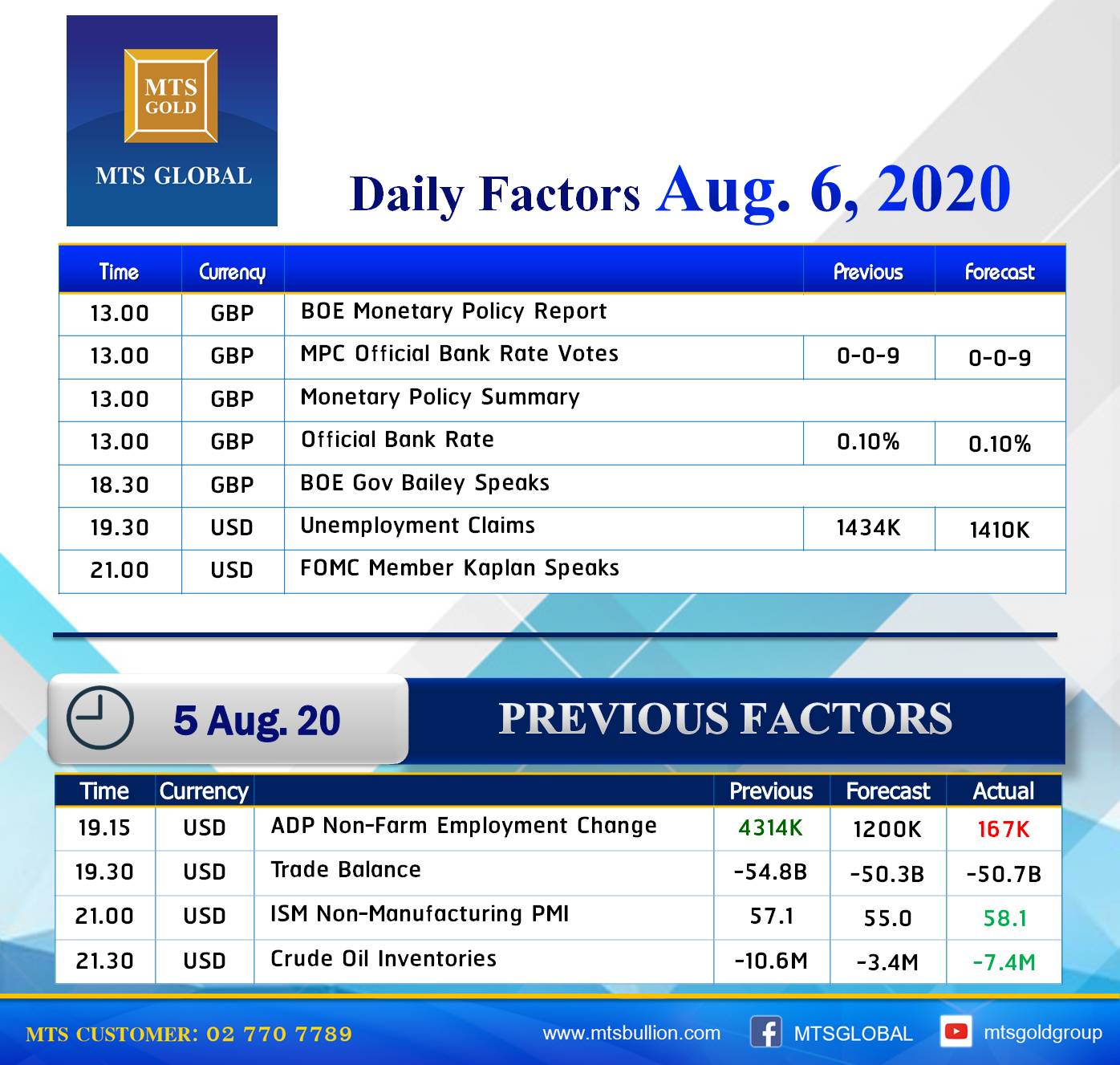 Gold races to new record after blowing past $2,000 per ounce

· Gold prices rocketed to a new record high on Wednesday after smashing past $2,000 for the first time, as a weaker dollar and falling returns on U.S. bonds drove investors to hoard the safe-haven metal.

· Gold has soared 34% this year and is one of 2020’s best performing assets, with investors buying vast amounts in the hope it will hold its value as the coronavirus pandemic upends markets. 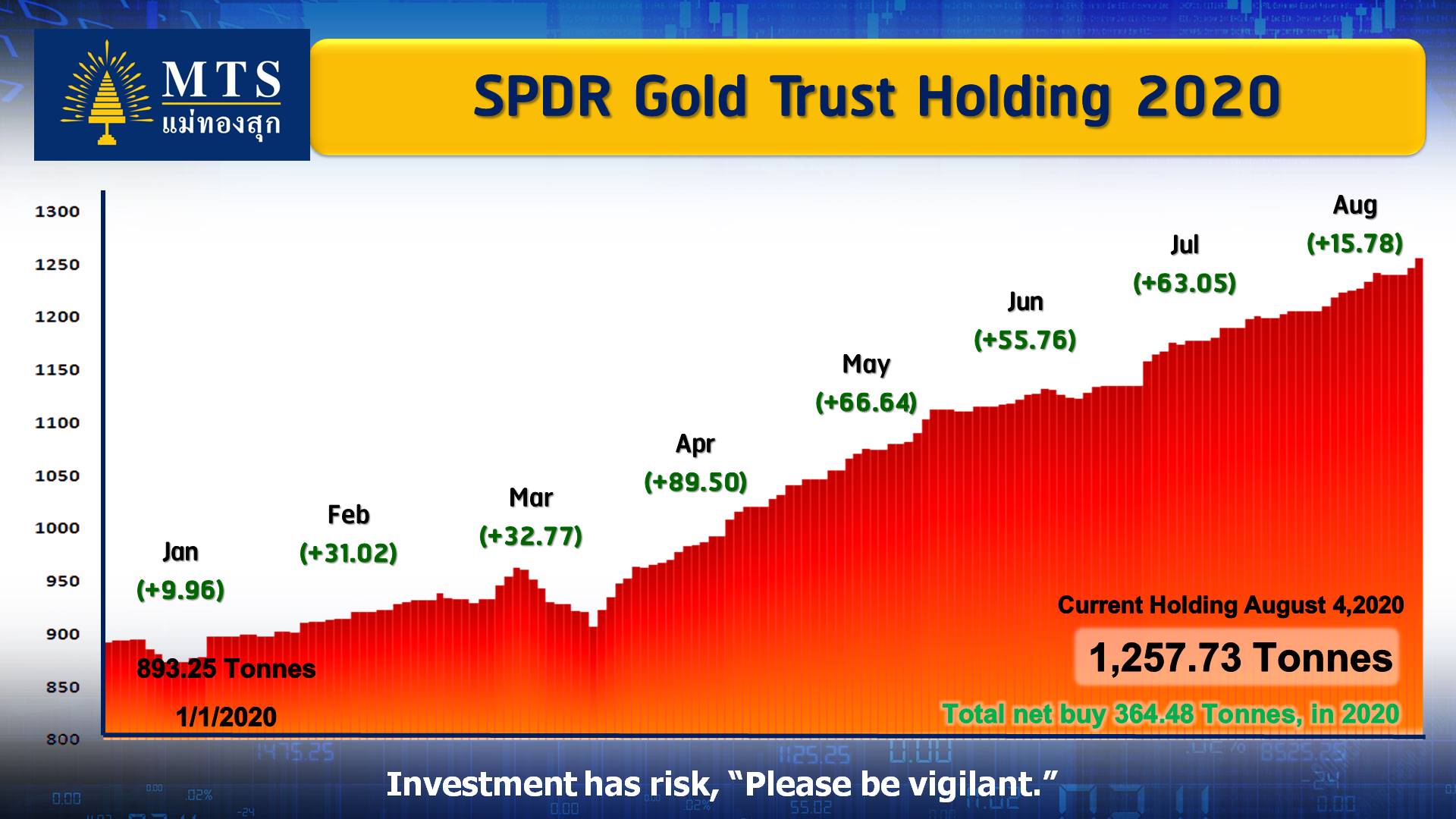 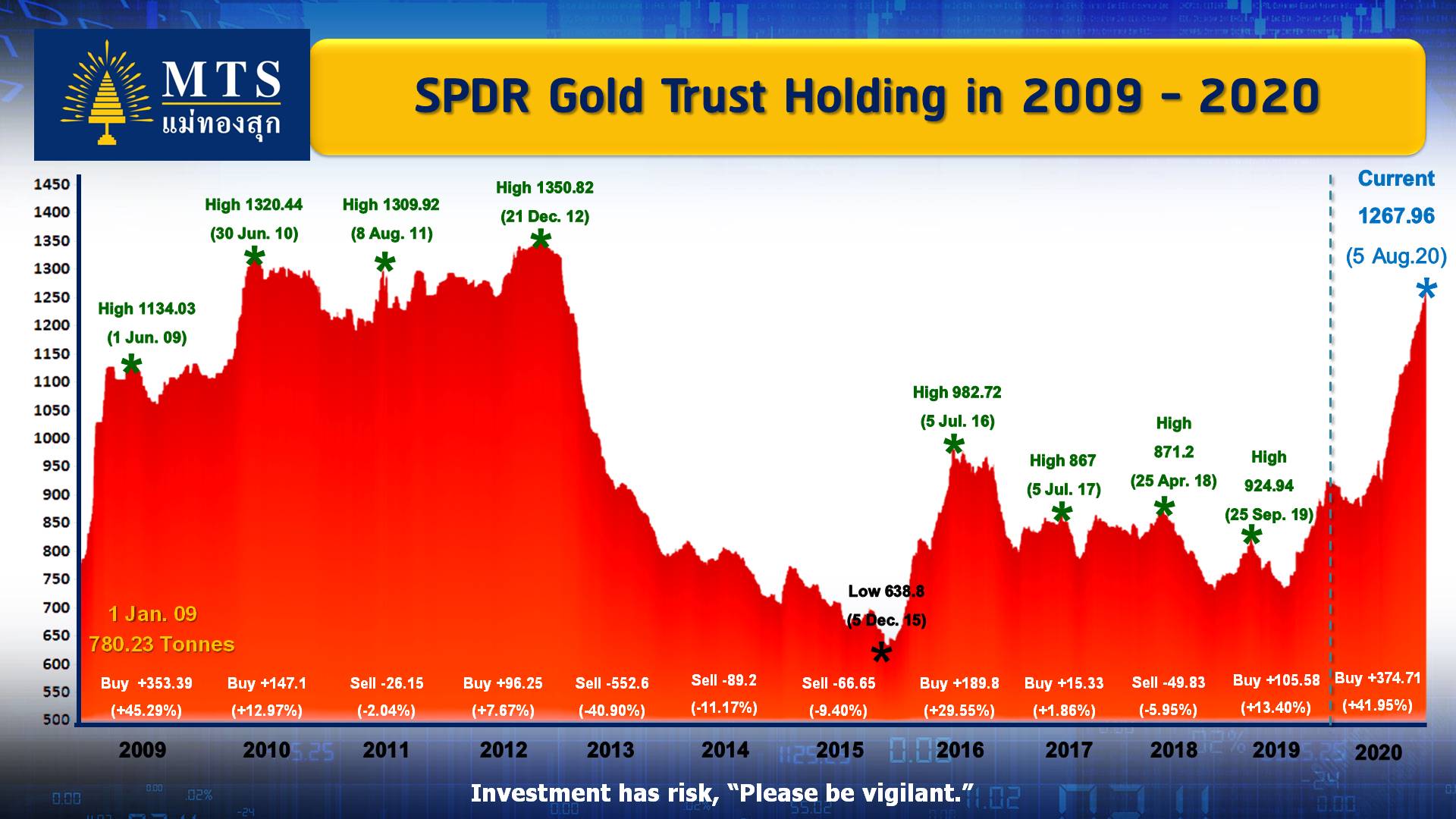 This implies that for the foreseeable future, the opportunity cost of holding gold is going to get less and less.”

· Deadlock in Washington over a coronavirus relief deal helped weaken the dollar, which competes with gold as a safe haven. A lower dollar also makes gold cheaper for buyers with other currencies.

· Gold has rallied so fast — leaping more than $200 in a little over two weeks — that a correction is due, said Robin Bhar, an independent analyst. Any rebound in Treasury yields and strengthening of the dollar would stall gold’s rally and push prices lower, he said.

· “Silver is gaining on three factors, as a monetary asset like gold, industrial demand improvements as we recover from COVID and stimulus and supply side problems,” Melek said.

The U.S. dollar fell against a basket of currencies on Wednesday as investors’ appetite for risk improved on strong corporate earnings and expectations of more stimulus measures for the pandemic-ravaged global economy.

On Wednesday, the U.S. Dollar Currency Index, which measures the greenback’s strength against six major currencies, last was 0.334% lower at 92.84, but earlier came close to the more than two-year low of 92.593touched last week.

The U.S. added 167,000 workers to private payrolls in July, according to the latest ADP data. The release came in far below expectations of 1 million.

This comes ahead of the U.S. nonfarm payrolls report out Friday.

“We have to wait and see what happens with this stimulus package. If we don’t get some more unemployment insurance to help support those that have been furloughed or unemployed, then that demand question is really going to be key to see how the economy can move forward. Obviously we have a handful of stocks that have really been driving this market. And that’s all well and good to an extent, but we’re missing that breadth that we started to see about a month ago. We’re looking at stocks that are surpassing their 20-day moving average. That percentage is really coming down.”

After seven meetings, totaling more than a dozen hours, the top Democratic and White House negotiators are not just walking through their disagreements, but putting offers on the table, trading proposals and to a small degree, starting to make concessions. They've even agreed on a deadline for a deal -- the end of this week.

Majority Leader Mitch McConnell said on Wednesday afternoon senators will "certainly be in next week," delaying the start of the chamber's August recess.

"We'll certainly be in next week. We'll see what happens after that," McConnell said.

The proposal from Sens. Mitt Romney of Utah, Susan Collins of Maine and Martha McSally of Arizona would give states the choice of paying recipients either $400 or $500 per week in August, on top of what they would normally receive from the state. In September, the benefit would drop to $400 a week in every state.

From October through December, the plan would change to 80% wage replacement. States could seek a waiver to instead pay out $300 a week if their unemployment systems cannot handle replacing a percentage of previous pay.

The bill would pay more to people struggling to find work in a ravaged economy than the proposal Senate Republicans put forward last week. That legislation would extend the benefit at $200 per week through September, then continue it at 70% wage replacement.

A resurgence in coronavirus cases is slowing the economic recovery and the pandemic will continue to weigh on the U.S. economy and American life for longer than initially expected, three Federal Reserve policymakers said on Wednesday.

The U.S. economy began to grow in May and June after taking a monumental hit beginning in March. But growth stalled in July as infections spiked in some parts of the country, leading to fresh restrictions, U.S. central bankers said.

“The issue with the resurgence in the virus is it slowed down or somewhat muted the recovery we’ve been expecting,” Robert Kaplan, the Dallas Federal Reserve Bank president, said in an interview with CNN.

The increase in infections has raised the downside risks to the economic outlook and suggests the reopening of the U.S. economy may be more protracted than many initially anticipated, Cleveland Fed President Loretta Mester said in a speech for the Liberal Arts Macroeconomics Conference.

The rising case load offers “a stark reminder that there are several different scenarios that could play out,” Mester said.

Jobless Americans and state and local governments will need more aid to make it through the crisis, Kaplan said. Lawmakers missed a deadline last week for extending a $600 weekly supplement to state unemployment benefits, and are in the midst of negotiating another round of stimulus.

“I believe the economy needs a continuation of the unemployment benefits,” Kaplan said. “It may not need to be in the same form as it currently is, but we need a continuation.”

Mester also said more fiscal support is needed to bolster struggling businesses, households and consumers, and she said she was hopeful that Congress will pass a stimulus bill.

The Bank of England looks set to hold off from taking further action to help Britain’s economy through the coronavirus pandemic on Thursday as it waits to see the scale of an expected surge in unemployment.

The central bank is expected to announce at 0600 GMT that it is keeping its benchmark interest rate at an all-time low of 0.1% and its bond-buying stimulus programme unchanged at 745 billion pounds ($980 billion).

Most attention will be on the Monetary Policy Committee’s outlook for the economy, details of how sharply it will slow its bond purchases, and its latest thinking on the pros and cons of taking borrowing costs below zero.