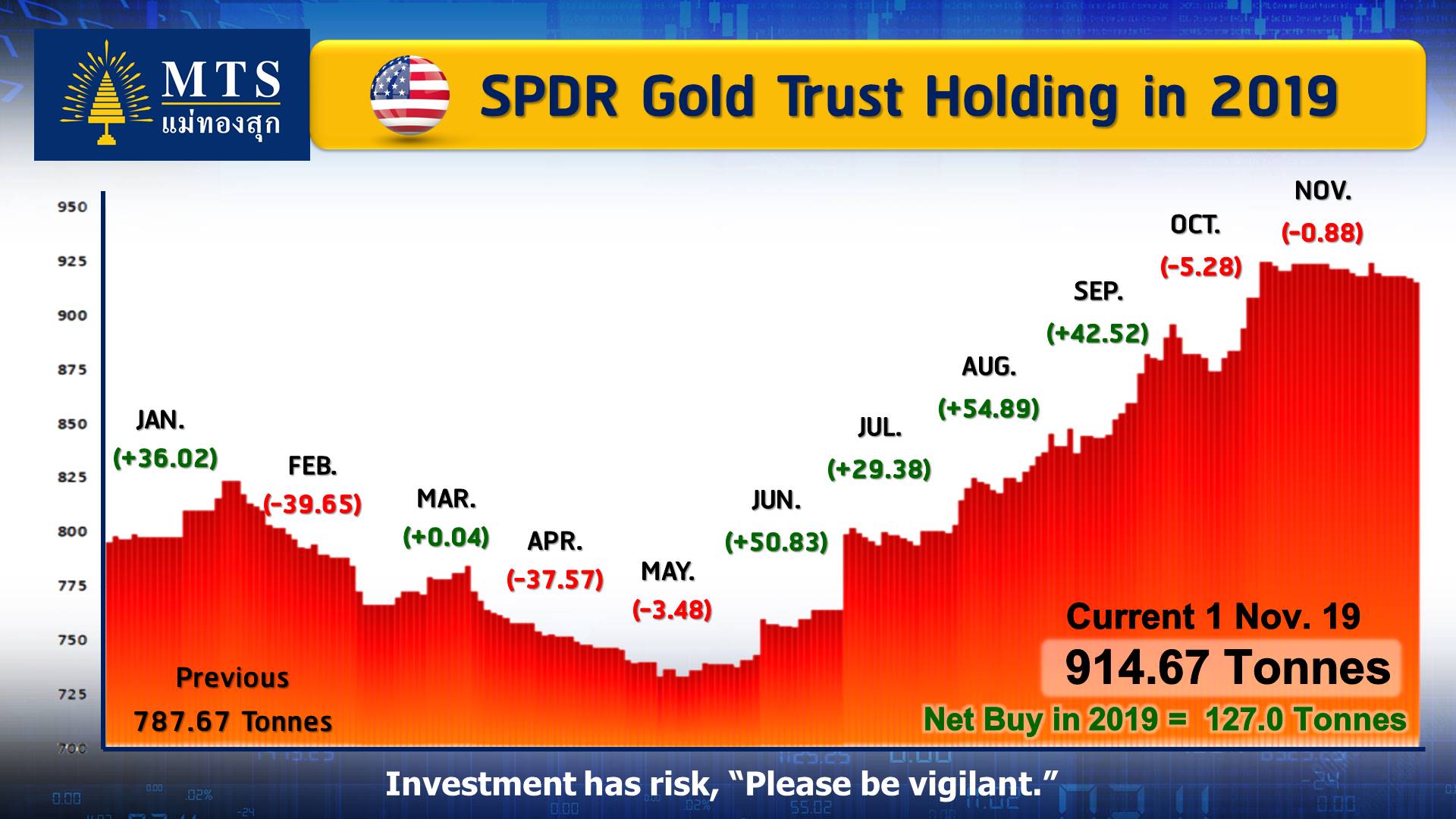 · “For now, gold is under pressure with the positive economic news. ... It will be struggling for some direction,” said Mitsubishi analyst Jonathan Butler.

· “From here, it’s difficult to see what the major upside factors would be for gold other than some geopolitical events, with the U.S. Federal Reserve pretty set on keeping rates on hold for now.”

· U.S. job growth slowed less than expected in October, while hiring in the prior two months was stronger than previously estimated, offering assurance that consumers would continue to prop up the slowing economy for a while.

· The Fed cut interest rates for a third time this year, but signalled there would be no further reductions unless the economy takes a turn for the worse.

· “While still above $1,500, it’s hard to build a case for a sustained bullish recovery currently as the metal remains sensitive to headlines,” MKS PAMP said in a note.

· Also lifting sentiment for riskier assets was a statement by U.S. President Donald Trump saying Washington and Beijing would soon announce a new venue for the signing of a “Phase One” trade deal, after protests in Chile resulted in the cancellation of a planned summit there this month.

· In terms of the overall outlook for gold, however, the trend is positive with the metal likely consolidating before moving higher, said Edward Moya, a senior market analyst at OANDA, adding there are doubts that the trade war will get completely wrapped up and investors are also skeptical about jumping into the stock market rally.

· “There’s a strong call for portfolio diversification and people prefer gold over Treasuries.”