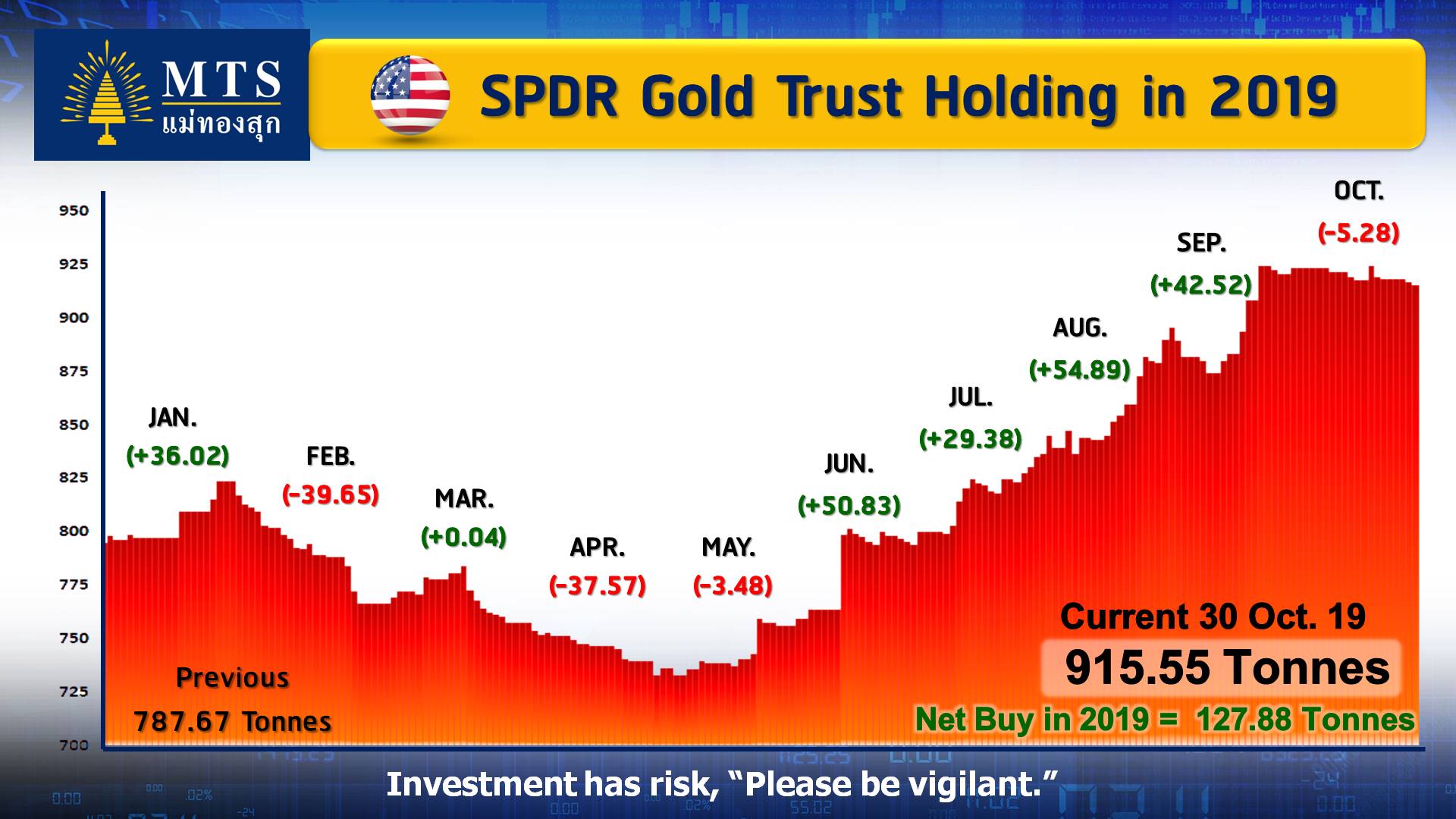 · Gold fell to a one-week low on Tuesday as hopes for a U.S.-China trade deal buoyed risk sentiment, while gold investors will watch how other financial markets react to this week’s Federal Reserve meeting at which the central bank is widely expected to cut U.S. interest rates.

· “Gold is still down due to the general positive tone in the markets right now regarding the U.S.-China trade war and Brexit,” said Chris Gaffney, president of world markets at TIAA Bank, adding an expected interest rate cut by the Fed could lift gold back above $1,500.

· U.S. President Donald Trump said on Monday he expected to sign a significant part of the trade deal with China ahead of schedule, boosting risk appetite. On Monday, the S&P 500 stock index jumped to a record high.

· Washington was also considering an extension on tariff suspensions on $34 billion of Chinese goods.

· The Fed meets on Tuesday and Wednesday, and investors see a 94% chance for a 25 basis point rate cut. The U.S. central bank has already lowered interest rates twice this year.

· “The question is how much emphasis (Fed Chair Jerome) Powell will put on slowdown in global growth - if he really emphasises on that, the markets would think the rates could go lower, boosting gold,” said TIAA Bank’s Gaffney.

· Lower interest rates make gold attractive as it reduces the opportunity cost of holding the metal.

· “The bullish case for gold is still intact; it’s likely to be in a larger $1,485-$1,525 range for the next month or so,” said George Gero, managing director at RBC Wealth Management.